Beyond formal training programs, the top performing companies also emphasize on-the-job coaching, according to McKinsey. “Ongoing coaching and continuous feedback are key to helping employees resolve challenges and adapt the way they work as needed,” the report observed. Employers get […]

5 Qualities of Black Excellence Overlooked in the Workplace

We live in a world where Black excellence is everywhere. Entrepreneurs like Oprah, Rihanna, Michael Jordan, Jay-Z and Beyonce dominate the airways, TV stations and retail outlets. Each of these stars entered the arena in different ways and all managed […]

HR leaders can expect to face many of the same challenges in 2023 as they did last year, according to Julia Anas, chief people officer at Qualtrics, a technology firm with offices in Seattle and Provo, UT. The nearly 20-year […]

How learning and development leaders can help drive business performance

Learning and development (L&D) teams are critical in helping organizations achieve their goals. The business suffers when employees don’t have the training and skills they need to do their jobs well. But L&D leaders sometimes struggle to show how their […]

In 2023, compensation and benefits teams will face a crucial challenge: how to balance the need to offer competitive total rewards that attract and retain key talent with the reality presented by an economy in flux. This is reflected in […]

Much has changed within the workplace over the last several years as companies have become increasingly dispersed, more dependent on ever-changing technology, and are adapting to new, dynamic work environments. Because of this, we will continue to see more trends […]

One in three young people have turned down a job offer because the employer’s environmental, social and governance (ESG) commitments were not in line with their values. According to a survey by KPMG UK, 9% of adults are actively looking […]

Research indicates that one-third to one-half of people identify as introverts—which generally means they draw their energy from being alone rather than in a group. That can be a challenge when you’re looking to advance your career in a profession […]

It’s been really hard not to hear about Open.AI’s ChatGPT over the past couple of months. It seems like everyone has been talking about it since its recent release in 2022. But if you’re just now encountering it, ChatGPT is […]

When organizations go into survival mode, their leaders often forget just how vital employer branding is to overall business health and success. This is becoming more and more evident as companies and analysts try to determine whether we are headed […]

After a widespread meltdown and the cancellation of thousands of flights, a Southwest Airlines memo sent to some of the company’s employees surfaced that stated workers who called out sick and didn’t provide a doctor’s note in person would be […]

As a new year approaches, millions of people around the world are making new year’s resolutions. However, millions will abandon those goals by the end of January. Often, the problem with self-improvement goals is that they are too big, too […]

What advice would you give to a new HR professional?

As the workplace evolves, so does the role of HR professionals. What industry leaders learned in school may no longer be standard practice, and of course, in this line of work, there are some situations you just can’t prepare for. […]

The TRAP Trap for Workers

Preventative Healthcare Benefits – How They Help Retain and Engage Employees

The Great Resignation is a problem for many companies going into 2023. Businesses are facing high employee turnover and low staffing, and it is driving them to re-evaluate how they attract and keep workers. healthcare benefits Today, over a third […]

Many people aged 50-65 who left or lost their jobs since Covid-19 hit want to return to the workplace, with money being their main motivator, according to analysis by the Office for National Statistics. Their reasons for not yet having […]

Is the metaverse the answer to hybrid work’s engagement problem?

Add engagement to the list of employer concerns going into 2023. Back in March, a Challenger, Gray & Christmas survey found that more than 80% of HR executives were concerned about talent leaving their organizations, with many citing a lack […]

How to Improve Leader Communication Skills

Everywhere you look, the stats are alarmingly clear: Leaders are not effectively communicating – and it’s negatively impacting their organization’s success. 86% of employees and executives cite the lack of effective collaboration and communication as the main causes of workplace […]

Get strategic: Rethinking employee development with the bottom line in mind

Regardless of whether you’re calling it the Great Resignation, the Great Reshuffle, Quiet Quitting or something else entirely, the gradual workforce shift underway is putting a spotlight on something employers have long known: Providing workers with job and career development […]

What Employees Should Know About Their Benefits and Insurance...

5 Qualities of Black Excellence Overlooked in the Workplace...

Report: The gender pay gap has dramatically improved for women in marketing and design... 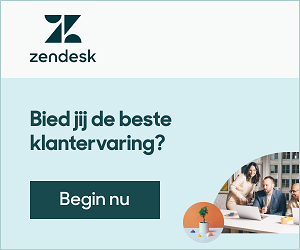