Most Employers Lack a Pay Strategy for Remote Workers

Managing, Mentoring, and Career Pathing in the Emerging Hybrid Workplace: What You Need to Know...

Back to the Office or Still Working from Home?

As the COVID-19 pandemic took the world by storm, industries and companies everywhere needed to adapt to new anxieties, new rules, and new schedules. Working remotely soon became not only possible for many, but actually probable for most. However, with vaccines finally giving hope for a brighter future, the mythical return to normal now seems more than just a fairytale. But what does this mean for American companies and their employees? Are workers supposed to return to the traditional office hours and layouts, or should companies apply the lessons learned during this global pandemic to reshape work altogether?

Both Sides of the Story

Giants Goldman Sachs Group Inc. and JPMorgan Chase & Co. follow a strict approach when it comes to returning to the office, as both companies decided it’s time to inform employees that they will have to return to the five-days-a-week office schedule. This decision came at the high cost of incurring the risk of losing valuable employees. However, the announcement surprised nobody, as Goldman Sachs CEO David Solomon had previously made strong statements against working from home, saying it’s “not a new normal” for his company, and even going as far as to call it an “aberration.”

Meanwhile, some of their rivals are promoting flexibility in the hope that a responsive approach will ultimately help them attract more talent. Citigroup Chief Executive Officer Jane Fraser said that, while there are many material advantages to being physically together, employees have also benefited from various aspects of working remotely. “While some roles require the sharing of information in real-time, many others have proven to be equally and, in some cases, more productive from home,” she added, while announcing three new future models of working. Titans like Google, Twitter, and Ford Motor Co. also promise greater flexibility when it comes to working remotely.

What Do Employees Need?

Corporate culture may be a key factor in the discussion, but so are the needs of employees. While some executives believe that young employees are mentored differently during a traditional apprenticeship, other leaders say office work has lost its relevance with the transition to digital that the COVID-19 pandemic has already imposed. If executives and HR departments are still struggling to find the best solution to the problem, American employees seem to have already made up their minds about the importance of flexibility.

According to a study, 39% of respondents claimed they would consider quitting their jobs if their companies weren’t flexible about them working remotely. Younger workers were more likely to say this, with 49% of those in question being Millennials and Gen Z. However, as adults born after 1980 are the future of the American workforce, their needs may be, in fact, the most important criterion when making plans for the future. That may be precisely the reason why companies around the world have already started to embrace hybrid work models in the wake of the COVID-19 pandemic. Even if banking giants are generally known for their strict work culture, companies like Citigroup go on to show that they can also embrace flexible work models.

The Future Is Here

As Wall Street is rushing to bring employees back to their offices and re-establish the traditional mentor/mentee working model, companies like Google, Twitter, and Ford Motor Co. seem to embrace the future—and the new ways of working remotely. Although there is no way to know for sure which model will prove to be the best, there is a genuine risk that the financial world might be ignoring the concerns of its own employees. This, however, may not be true for everyone and everywhere.

If Citigroup dares to be different in the U.S., European banking institutions also tend to favor a more flexible approach to remote work. Société Générale has informed its French employees that they will be able to work from home up to three days a week once the pandemic is over, while ING and Deutsche Bank have both made similar promises. In Europe, the future is already here to stay, and so is remote work.

As You Iterate, Don’t Leave Great Employees Behind

Companies in India Tailor Benefits to a New World of Working

The Challenge of the Hybrid Meeting?

Preparing for a Skip-Level Meeting

Companies in India Tailor Benefits to a New World of Working...

How to Attract Millennial and Generation Z Employees with Eco-Friendly Initiatives...

'Long COVID' and the Workplace: What a Long, Strange Trip It's Been...

The Challenge of the Hybrid Meeting?

Preparing for a Skip-Level Meeting

Companies in India Tailor Benefits to a New World of Working...

Managing, Mentoring, and Career Pathing in the Emerging Hybrid Workplace: What You Need to Know...

The Great Wait: Workers in Limbo with Delayed Return to Office Plans...

The Great Wait: Workers in Limbo with Delayed Return to Office Plans...

Keep Conversation Going With Employees as They Return to In-Person Work...

Viewpoint: Should Your Company Implement an Employee Vaccination Mandate?...

Eliminating the Gender Gap with AI 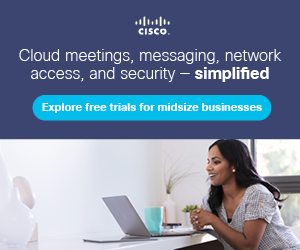