Return to Office: When and How?

The COVID-19 pandemic has prompted many companies around the world to send their employees home and implement new ways of working remotely. More than a year and a half has passed since the start of the crisis, and, with vaccines already available, many businesses were hoping to see their employees back in the office this autumn. However, the deadline has come and passed as companies in the US and abroad continued to push their targets further into the future. Companies such as Uber, Apple, Amazon, Facebook, Google, Microsoft, and others have already announced they will fully reopen their offices in January 2022.

With new variants of the virus emerging, companies are now facing hard decisions. Unresolved issues, like mask mandates and vaccine rates and effectiveness, are on managers’ minds, while new problems seem to appear along the way. HR executives are also facing new issues, as many employees are still anxious about returning to the office, primarily for health reasons. According to the Microsoft Work Trend Index Report, more than 40% of the global workforce had already considered leaving their employers in 2021. Moreover, with other problems emerging since the report was released, the figure could be even higher now. HR professionals are facing multiple issues when it comes to helping employees transition back to office work.

Big companies like Uber, Apple, Google and Microsoft have postponed when employees would return to offices until January 2022, after having previously announced deadlines in the third quarter of 2021. One of the reasons for the delay is that COVID-19 cases are now on the rise in the US, as the highly contagious Delta variant continues to spread among Americans. Anthony Fauci, director of the National Institute of Allergy and Infectious Diseases, has provided some details about the new variant. According to Fauci, if the 75 million Americans who are eligible for vaccination would get the necessary shots, the increase could be prevented before the arrival of cooler autumn weather.

Although policymakers continue to take actions against the spread of the Delta variant and struggle to boost vaccination rates across the country, it remains to be seen whether their strategies will prove successful in the near future. For now, the increase in cases is quickly becoming a new cause for concern for policymakers and companies alike.

Accepting the Idea of Flexible Work

Another reason for delaying the return to offices may well be the employees’ newly discovered appetite for flexible work. According to the Microsoft Work Trend Index Report, more than 70% of the workers surveyed said they want remote work options available even after the end of the pandemic. While many of them are probably still worried about the spread of the virus, others said the move to hybrid or remote work has helped them feel important and valued as members of their teams and companies. Employees are already in need of more flexibility, and this trend is likely to continue even after the end of the pandemic. Workers will also expect more options when it comes to hybrid or remote work, as well as the necessary tools for their work.

Major employers, such as Google, have already decided to allow at least some of their employees to continue working remotely if they choose to do so. However, Google may also cut the pay of those who decide to work from home permanently.

With many big companies now saying they will reopen their offices in January 2022, other managers and HR executives are left wondering what prompted them to choose the first month of next year for the return. According to The New York Times, there were two important reasons for selecting this date. Firstly, major employers wanted to do their best to keep employees safe, and January might actually prove to be the best option, considering the variants of the virus. Secondly, employers are trying to end this uncertainty between scheduled return dates and fresh delays. This decision was made because delays have already proved difficult for employees who want to make plans for the future.

Shifting Focus From Remote Work to Training and Development in 2022 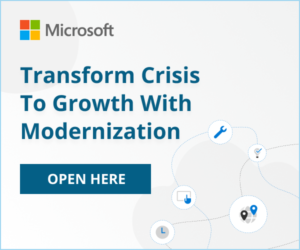